Many hospitals are struggling during COVID as they’ve had to shut down other wings to keep COVID patients safe. Do you forecast any hospitals merging to stay afloat? Any other hospital trends you think will be relevant? Dionne Lomax, markets, public policy, & law lecturer at Questrom, offers her analysis.

Given the Biden Administration’s desire to build on the Affordable Care Act by “giving Americans more choice, reducing health care costs, and making the U.S. health care system less complex to navigate,” we can expect significant healthcare antitrust enforcement to continue under his Administration. In fact, during President Biden’s campaign, the joint task force he developed with Bernie Sanders recommended: “aggressively using antitrust laws to fight against mega-mergers in the hospital, insurance, and pharmaceutical industries that raise prices for patients by undermining competition.”

Biden has also gone on record supporting a drastic change in traditional antitrust analysis for non-compete agreements. Non-compete agreements have generally been permissible under federal antitrust law in connection with mergers, joint ventures, and even employment agreements, provided they are reasonable in time (i.e., duration) and geographic scope and are narrowly tailored to satisfy legitimate business objectives. However, in the wake of recent scrutiny and criminal prosecution of naked no-poach agreements among employers, there is growing support for placing new limits on employers who restrict competition in the labor market. Biden has joined the chorus by proposing a nationwide ban on non-compete agreements with some limited exceptions. While many would characterize the political climate inside the Washington, D.C. beltway as perpetually gridlocked, surprisingly, there appears to be a considerable amount of bi-partisan support for legislation banning non-compete agreements except where necessary to protect a narrowly defined category of trade secrets.

While many can understand the DOJ’s recent prosecution of health industry participants and other businesses who engaged in collusion with rivals in the labor market, the prospect of narrowing the legality of non-compete agreements that occur in other contexts is a bit of a sea-change. Depending on the carve-outs that are applied in any legislation that ultimately becomes law, broad restrictions may have a significant impact on a host of commercial arrangements, including many in the health care industry.

Another area to keep an eye on during the first 90 days of the Biden Administration involves the newly proposed antitrust reform legislation (the “Competition and Antitrust Law Enforcement Reform Act of 2021), sponsored by Senator Klobuchar. According to Senator Klobuchar, the proposed legislation will:

If passed, it too represents a major sea-change to traditional antitrust analysis in several key areas – most notably as it relates to exclusionary conduct and merger analysis. Section 2 of the Sherman Act, which prohibits monopolization, attempts to monopolize, and conspiracies to monopolize, focuses on unilateral or single-firm conduct. In order to prevail in a Section 2 case, a plaintiff must show that a defendant possesses monopoly power in a relevant market and engaged in exclusionary conduct that reduces competition. While there are various tests courts have used to determine if unilateral conduct by a dominant firm has harmed competition, the focus of such harm is whether or not competition has been harmed, not whether or not individual rivals or competitors have been harmed. Senator Klobuchar’s proposed bill departs from traditional antitrust analysis to some extent, by shifting the focus of the harm to how rivals have been harmed, rather than emphasizing how consumers have been harmed. The proposed legislation accomplishes this by creating “a new provision under the Clayton Act to prohibit ‘exclusionary conduct’” (conduct that materially disadvantages competitors or limits their opportunity to compete) that presents an “appreciable risk of harming competition.”

This new standard may make it easier for plaintiffs to demonstrate a “presumption of harm to competition” while also making it more difficult for defendants to rebut a presumption of harm under this new standard. According to Senator Klobuchar, such changes will remedy what she characterizes as “flawed court decisions” that “have weakened the effectiveness of Section 2 of the Sherman Antitrust Act to prevent anticompetitive conduct by dominant companies.”

Among other things, it also proposes key changes to the Clayton Act regarding merger analysis. Under the new legislation mergers that “create an appreciable risk of materially (defined as ‘more than a de minimus amount’) lessening competition” rather than mergers that “substantially lessen competition,” can be deemed illegal. This lower threshold will provide a wider berth for the government to challenge many more transactions and may have the effect of condemning hospital mergers and other collaborative arrangements in the health care industry that may have survived an antitrust challenge under the “substantial lessening” standard.

Whether and/or the extent to which Senator Klobuchar’s sweeping antitrust reforms or Biden’s proposal regarding banning non-competes become law remains to be seen. However, business and industry executives should be mindful to watch these developments closely as the Biden Administration continues to solidify its antitrust enforcement policies and initiatives. 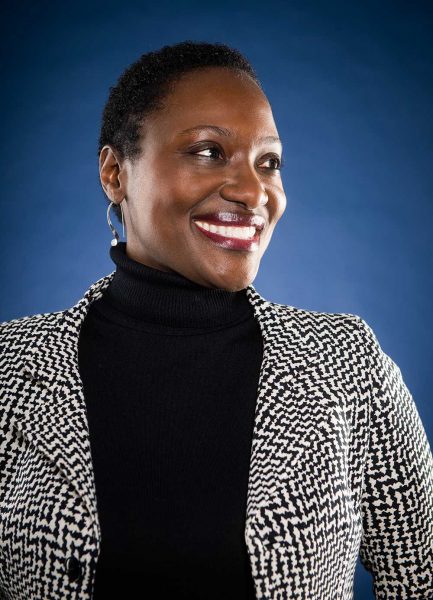 Dionne Lomax is a Lecturer in the Markets, Public Policy and Law Department at Boston University’s Questrom School of Business and (by courtesy) at Boston University’s School of Law. Prior to joining BU, Dionne dedicated her legal career to analyzing complex business transactions from an antitrust regulatory perspective. As a Partner in two national law firms, she represented high-profile clients in various commercial transactions before the U.S. Department of Justice, Federal Trade Commission, and various State Attorneys General in connection with mergers and other commercial transactions. Dionne is also the Managing Director of Antitrust and Trade Regulation at Affiliated Monitors, Inc.

As an antitrust attorney specializing in mergers and acquisitions, Dionne was uniquely positioned to work closely with buyers and sellers as they negotiate key aspects of merger agreements. Her transactional experience, while focused on antitrust regulatory issues, exposed her to the entire spectrum of M&A activity. She counseled clients during the bidding process as they made critical decisions regarding strategic partners, and analyzed key aspects of asset purchase agreements to protect client interests during the due diligence process. As such, Dionne has been privy to how laws and regulations impact strategic business decisions, and has witnessed the significant increase in litigation and regulation to which businesses are subjected. Dionne believes that this rise in regulation makes it imperative that the next generation of business professionals understand the nature of the legal system, its role and influence on business operations, and how it impacts business decision making. Her teaching philosophy is to promote student enthusiasm for the law by ensuring that students experience the practical application of a subject with a special emphasis on providing students skills-based simulation exercises as they analyze relevant issues.

Prior to entering private practice, Dionne served as a Trial Attorney at the U.S. Department of Justice Antitrust Division’s Health Care Task Force where she analyzed the structure and operation of PHOs and IPAs, investigated health plan mergers, and other collaborative arrangements in the health care industry. She clerked for The Honorable Clifford Scott Green in the United States District Court for the Eastern District of Pennsylvania, and also taught antitrust law as an adjunct professor at Loyola University Chicago School of Law.

3For example, in late 2019, nineteen State Attorney’s General urged the FTC to “bring an end to the abusive use of non-compete clauses in employment contracts,” available at https://oag.ca.gov/system/files/attachments/press-docs/11%2015%2019%20Multistate%20FTC%20Non-Compete%20Letter%20FINAL.pdf.  The Department of Justice Antitrust Division has started prosecuting naked employee no-poach agreements criminally.  The most recent indictments were announced early this year against two companies for allegedly agreeing with other healthcare companies not to solicit each other’s senior-level employees.

4 Razor and Zender, “Biden Proposes Nationwide Non-Compete Ban,” The National Law Review, December 16, 2020 (“Biden will work with Congress to eliminate all non-compete agreements, except the very few that are absolutely necessary to protect a narrowly defined category of trade secrets, and outright ban all no-poaching agreements”).

7See United States v. Grinnell Corp., 384 U.S. 563, 570-71 (1966) (“the willful acquisition or maintenance of [monopoly] power as distinguished from growth or development as a consequence of a superior product, business acumen, or historic accident.”).