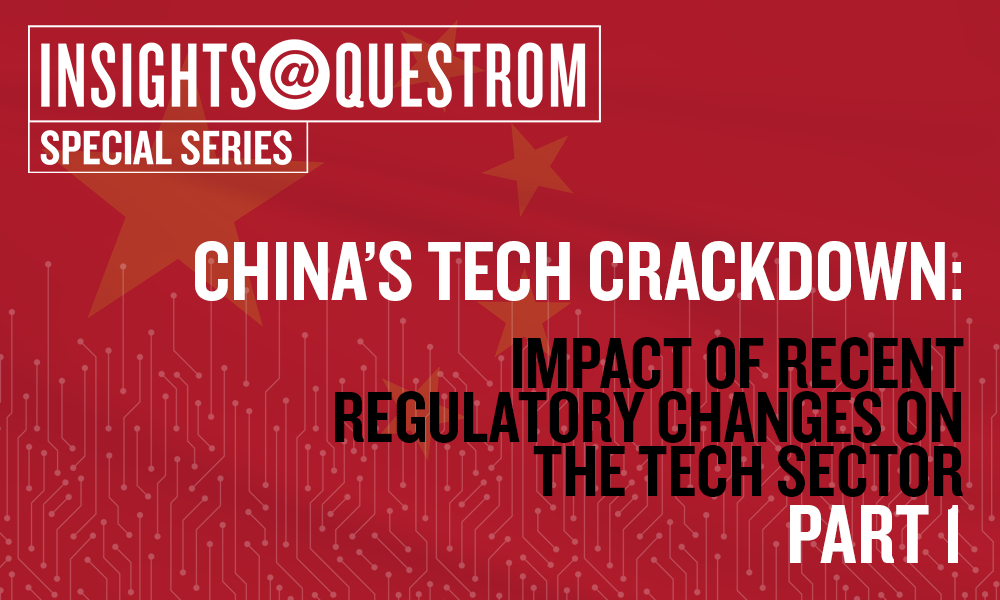 What does the recent tightening of regulations on Chinese technology firms signal about their role in the Chinese economy, the future direction of the Chinese Communist Party, and the tech industry worldwide? In this three-part series, Questrom Senior Lecturer, Strategy and Innovation Greg Stoller explores the impact these changes will have on both consumers and businesses in China and beyond.

Part I – Q&A –  Understanding the Landscape

Why is China changing its regulations on technology companies?

China is all about stability, expectation management, and respect for the Communist Party. The challenge with rapidly growing business ventures, many of which of late have tended to be in hi-tech, is that success provides founders, entrepreneurs, and investors with a disproportionate amount of wealth and individual confidence. This often creates potential loggerheads with control by the ruling Party.

Additionally, the government is cautious about disadvantaging regular citizens in economic segments where they would have normally had a voice. Consider Didi (滴滴出行), the Chinese equivalent of Lyft / Uber. Its service might benefit consumers with speed, convenience, and price, but at the same time kills the income of the average taxi driver, who for over two decades has had, and theoretically would continue to have, a normally predicable income stream. In a spate of other industries, similar positives and negatives are occurring with more and more take-home pay being negatively impacted.

Are these changes originating from the President of the People’s Republic?

President Xi Jinping’s political control over the Party, and the country by extension, has never been stronger. A recent article from the Economist summarizes it best: The People’s Republic is seeing reverence for a leader and his thought process that we haven’t seen since the early to mid 2000’s with politicians Hu Jintao and Jiang Zemin, not to mention Chairman Mao in the prior century. Hu and Jiang’s collective work reintroduced state control and further supported China’s ascendancy to be a significant world power. It’s also worth mentioning that since mid-March 2018, term limits have been abolished for Xi Jinping so he can continue his presidency.

How might these changes affect the average Chinese citizen in business or otherwise?

An oft-repeated phrase for the average Chinese citizen,”老百姓” in Chinese, is “to get rich is glorious” (attributed in part to prominent politician Deng Xiaoping in the late 1970’s). The mainland government wants to support this sentiment provided you’re not getting too rich, however. Equally important is avoiding certain people amassing wealth in a nonuniform manner.

In a similar vein, the government is exercising more regulatory control than a lot of us have seen in recent years with their follow-on objective being to keep most company wealth within China’s borders, where it can be further reinvested, as opposed to released via overseas stock markets. The key to keeping mainland China economically strong and politically stable is to gradually keep increasing domestic consumption by all citizens. For years, China attracted foreign direct investment and was an export leader. However, with the decline in exports due to the global pandemic, they’ve had to strengthen their domestic agenda through increasing consumption.

Regarding hi-tech regulatory approval, there’s another nuance to these recent changes. Savvy Chinese entrepreneurs know that successful firms can likely more quickly, and exponentially, increase their wealth through non-Chinese stock markets. So we’ve seen several Chinese firms expand outside of the mainland through direct IPOs, or shell companies they acquire through reverse mergers, in order to more quickly gain access to NYSE or NASDAQ listings. Once this occurs, the Chinese government doesn’t have as much direct control.

How does China’s one-party political system play into all of this?

What is also quietly happening in the background is that unlike the former Soviet Union, East Germany, Cuba, and North Korea, China’s one-party (and Communist) system is continuing to support the country’s growth trajectory. Outside of the stronger regulatory control, domestic investment ensures more and more people across China continue to receive improved infrastructure, access to clean water, living wages, and of course, economic stability. According to China‘s own statistics (as reported in this BBC article on April 16th, 2021), China grew a record 18.3% in the first quarter of 2021 compared with a year ago, and it’s been the biggest GDP jump since they began keeping records since 1992.

Viewed from a US lens, it’s easy to cast aspersions towards Communism, arguing that the Chinese one-party system has an inherent advantage of winning all elections, and by extension, does whatever it needs to, to stay in power. While the US operates under a different system, how are the actions of the Democrats or Republicans, when they control the House and Senate any different until the next mid-term election cycle?

How is all of this impacted by Xi Jinping’s Belt and Road initiative launched in 2013?

The official objective of this initiative is to “promote regional links and economic integration, and boost [China’s] economic and political influence.” (South China Morning Post, December 2020). One follow-on goal is for China to secure enough resources caused by its continuous growth, depletion or a dearth of key natural resources from all across the world, and often through partnership with economically needy countries. In exchange, China is offering to provide improved infrastructure for poorly constructed ports and/or for other respectively underdeveloped domestic systems through a long-term mortgage-like arrangement. The challenge is that if these countries default on these loans, then the People’s Republic can legally foreclose on those buildings, ports, and assets.

Gregory Stoller is a Senior Lecturer, and is actively involved in building entrepreneurship, experiential learning and international business programs at Boston University’s Questrom School of Business.

Greg Stoller is a senior lecturer in strategy and innovation. He is actively involved in building entrepreneurship, experiential learning and international business programs at Questrom. He also mentors student teams that participate in business plan and venture capital competitions. His areas of expertise include Business Planning, International Entrepreneurship, Experiential Learning, and Global Strategy.