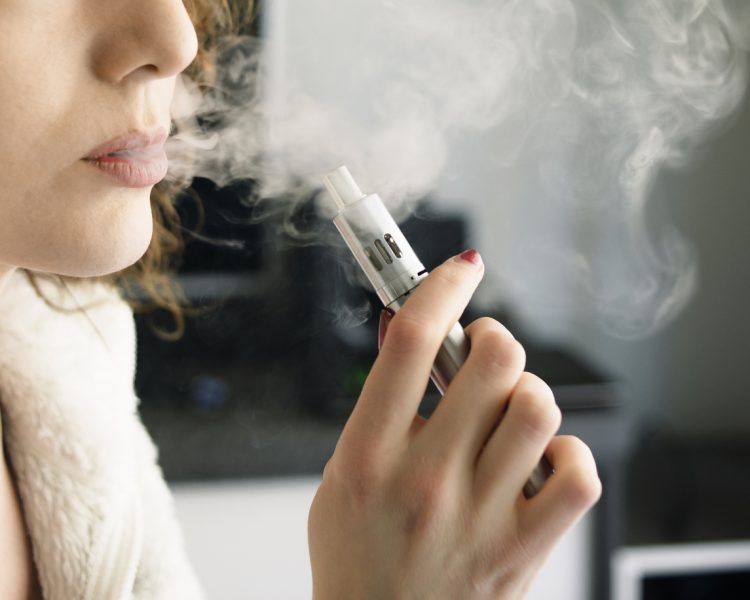 The inherent tradeoffs that health policy regulators routinely make are well demonstrated by the FDA’s recent decision to grant premarket approval to R.J. Reynolds Vapor Company’s Vuse Solo E-cigarette device. What are these tradeoffs and why are they raising so much ire?

The initial proposition of e-cigarettes was that they would allow addicted adult smokers to switch to a nicotine alternative that was less harmful to their health than traditional cigarettes. However, the uptake in adoption of e-cigs not so much by adults but by teenagers has been dramatic: Janet Woodcock, acting commissioner of the FDA, noted in a June 2021 congressional hearing that roughly 4 in 10 high school students use e-cigs on 20-30 days each month. While only 9% of adults in the U.S. stated that they used e-cigs, more than 27% of high school students reported that they did.

How and why did this happen? We can attribute this result to reliance on a simple marketing premise: customer lifetime value. Over the course of their lifetimes as customers of e-cigarettes, who is likely to purchase more of your e-cig product, a 45-year-old or a 14-year-old? If they are both addicted – addiction is an important marketing consideration – and are likely to use your product for many years to come, the answer is the person with the longer expected lifetime.

This then leads us to ask: how do we get them addicted so that we can maximize their customer lifetime value? The answer in part is to load the e-cig with nicotine. The Vuse Solo’s nicotine concentration is three times the legally permitted level in Europe, Canada and the UK. As a result, the youth vaping epidemic experienced in the U.S. has been largely avoided in these countries. In contrast, Juul’s primary goal in product development was to hook its users on the first hit with heavy nicotine content. One teenager reported this as love at first puff.

They further sought to capture teenage users by avoiding the challenge of harsh taste that had earlier faced cigarette companies. Instead, they chose to mask the taste with fruit, candy, and mint flavors that appealed to children and by giving them names like Gummi Bears, Froot Loops, Hawaiian Punch and Sweet Tarts. Additional evidence of Juul’s targeting of teens could be found in the explosive growth of Juul-related posts on Twitter and Instagram; teens by the thousands were posting photos of themselves using Juul in “forbidden” locations like schools and at home where those who would have caused the teens to stop were unaware of the vaping behavior due to the small size of the e-cig, allowing it to be easily hidden. The health results have been saddening, including high rates of nicotine addiction, breathing difficulties, exposure of the lungs to carcinogens and diethylene glycol (a component of antifreeze), and longer-term lung injury.

Knowing this, how could the FDA have approved Vuse Solo, owned by R.J. Reynolds Vapor Company which, like Altria, owns 35% of Juul and relies on the same marketing playbook that fueled the rise of the cigarette industry? In the face of the American Medical Association calling for a total ban on e-cigs and vaping products, how does the FDA defend this decision?

The continuing existence of that segment of the adult smoking market that wishes to stop smoking and cannot do so without the crutch of e-cigarettes provides the primary answer. The data relied upon by the FDA indicated that the Vuse Solo would be less harmful to users than would be traditional cigarettes. Given the enormous difficulty of achieving smoking cessation, any device or method to lessen addictive smoking has to be considered. The FDA further has yet to approve the R.J. Reynolds application for a menthol-flavored device. The history of cigarette marketing is clear in pointing to the cigarette industry targeting menthol cigarettes toward the African American market. The FDA’s dilemma here is that if they do not approve the menthol device, African Americans seeking to give up cigarettes may be unwilling to adopt the tobacco-tasting Vuse Solo that has already been approved because it does not have the menthol taste with which they are familiar. Yet if they do approve the menthol e-cigs, they may be encouraging young African Americans to take up vaping.

An equally troubling issue presented by these tradeoffs is the challenge that the FDA has laid down for itself, that of monitoring the uptake of Vuse Solo products by teens and kids. They have suggested that they would withdraw approval for the device if they discover that young people are, as they had with Juul, being initiated into nicotine use by the Vuse Solo when the supposed intended use of the product is to provide a safer alternative for current smokers. The FDA’s capability to monitor youth behaviors is limited and not a central focus of the agency. R.J. Reynolds no doubt envisions that it will take years for the FDA to collect sufficient data to allow them to conclude that the Vuse Solo is in fact attracting new, previously non-smoking teenage users. This may be a shorter customer lifetime value than R.J. Reynolds would like, but it still offers a significant revenue stream until this happens.

So who should the FDA’s decision favor? An already smoking adult market or a not-yet but easily swayed teen market? The FDA stated on the day they approved the Vuse Solo:

In the face of the historically highly successful – and also historically deceitful – marketing efforts of the cigarette industry, does anyone really hold out hope that an FDA pronouncement like this will effectively counter the continued adoption and use of e-cigarettes by young people?

Roberta N. Clarke, Associate Professor at Boston University's Questrom School of Business, was one of the first experts in the field of health care marketing. Professor Clarke is the 1995 recipient of the American Marketing Association's prestigious Philip Kotler Award for Excellence in Healthcare Marketing and was former President of the Society for Healthcare Planning and Marketing, a national professional society of 3500 members affiliated with the American Hospital Association. Dr. Clarke won the Health Care Marketer of the Year Award from the American College of Health Care Marketing in 1985, the first year it was awarded. With Philip Kotler, she co-authored Marketing for Health Care Organizations, considered to be the leading text in the field of health care marketing.