Tesary Lin, Assistant Professor, Marketing, explores recent changes in privacy protection, such as Apple’s new iOS 14, and their effects on advertisers. She explains why it will be harder for Apple and Google to track users and how advertisers can protect people’s privacy while effectively targeting them.

2021 is a year where tech giants take moves to provide privacy-protective measures. Apple announced the release of its new iOS operating system, which requires app developers to seek consent before collecting device identifiers or displaying targeting ads.  Google, on the other hand, is phasing out Chrome’s support for third-party cookies. Advertisers who want to track consumers will need to pivot to either first-party cookies, or “cohorts” provided by Google, which are groups of users with similar interests. Since advertising has traditionally been an important source of publisher revenue, the negative impact on the digital advertising industry has downstream consequences to the whole digital information ecosystem.

Apple’s and Google’s moves shatter the advertising industry by making the collection of user identifiers exceedingly difficult. Companies rely on device identifiers (such as Apple’s IDFA) and cookies to track consumers. Tracking allows them to profile consumers, measure the effects of marketing campaigns, and deliver targeted ads. Under the changes made by Apple and Google, however, consumer behavior profiles and advertising effect measurements will become fragmented. Without IDFA, advertisers who want to reach iPhone and iPad users can only see behaviors inside an app. A ban on third-party cookies means that in the best case, advertisers can see user engagements and conversions within a website via first-party tracking, but they will have no method to link footprints across sites.

In a paper with Sanjog Misra from Chicago Booth, we study how the fragmentation of records due to a lack of persistent identifiers leads to biases in data analytics, such as consumer behavior profiling and ads effect measurement.2 Although conventional wisdom notes that fragmented records cause underestimates in the effect of advertising, we show that this need not be the case. For example, consumers’ gravitation towards a particular website or app can create an “activity bias,” making advertisers mistakenly attribute conversions to ad exposures in the same “fragment” and overestimate the ad effect. Since the estimated ad effect can be biased in either direction, fragmented data makes it difficult for advertisers to understand the true effect of their ad campaigns. The accuracy of consumer profiling will also suffer, which in turn hampers the effectiveness of behavioral advertising.

The iOS update and the phasing out of 3rd-party cookie support are just two examples of the sea change caused by heightened privacy concerns. In a climate where consumers are increasingly aware of companies’ tracking practices and demand change, collecting consumer data will become increasingly costly. Companies have to trade off the quantity and quality of consumer data when evaluating their data collection strategies. In another paper, I show that consumers value privacy not just because they are concerned about the economic consequences of tracking, such as seeing annoying ads or receiving higher prices.3 Even without these consequences, consumers may still value privacy in its own right because they associate privacy with personal freedom and autonomy. Companies may want to encourage consumers to opt into sharing their personal data. If they adopt this strategy, they will need to show that the collected data provide not only value, but also a value high enough to counter consumers’ intrinsic preference for privacy. In practice, obtaining consent from a representative set of consumers can be difficult, given that some consumers value their privacy much more than others. Alternatively, companies may want to adopt measures that protect consumers’ privacy and thus encourage opt-in, such as differential privacy and Google’s FloC cohorts. However, adopting such measures means that firms will get access to a less-accurate version of consumer data. Where this trade-off lands will vary depending on the nature of the business. 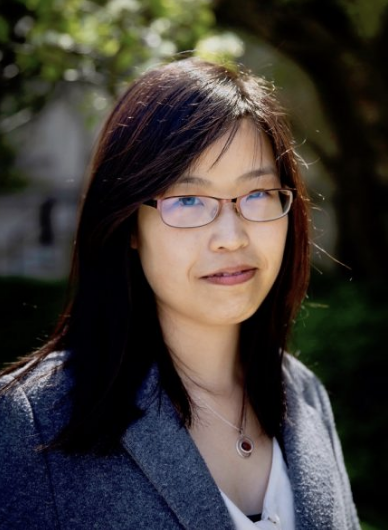 My research focuses on how information and data moderate the relationship between firms and consumers. I am particularly interested in consumer privacy preferences, the impact of privacy policies, and analytics tools that adapt to the modern information environment.

Tesary Lin is an assistant professor of marketing at Boston University Questrom School of Business. Her research focuses on how information and data moderate the relationship between firms and consumers. She is particularly interested in consumer privacy preferences, the impact of privacy policies, and analytics tools that adapt to the modern information environment.