New York Times: Just How Dishonest Are Most Students?

The New York Times recently published an op-ed featuring research from Nina Mazar, marketing professor and co-director of the Susilo Institute for Ethics in the Global Economy, on how to curb cheating among students. Nina’s research analyzes the effect of signing honor codes on students’ behavior.

“In a widely cited study, Nina Mazar at the Questrom School of Business at Boston University and her colleagues had one group of students take a 20-problem test where they would be paid 50 cents per correct answer. It was a hard test — students averaged only 3.4 correct answers. A second group of students took the same test, but they graded their own work and reported their “scores” with no questions asked. The average in this group was 6.1 correct answers, suggesting some cheating. The third and most interesting group, though, began by signing an honor code and then took the test, followed by grading their own work. The result? An honorable 3.1 correct answers. Cheating was eliminated at the group level. Signing the honor code did the job.” 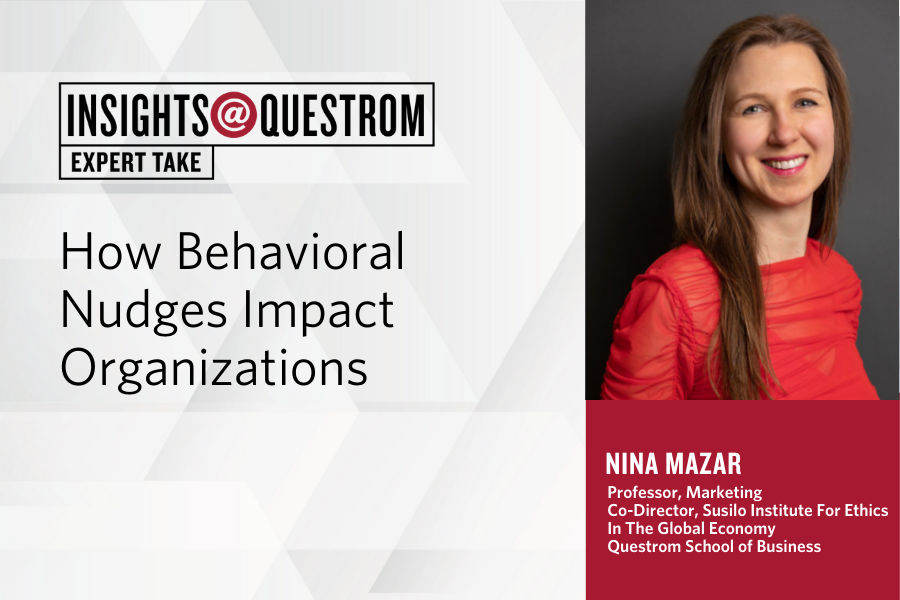 Voices in the News

Boston Globe: Mother’s Day can be Hard. These Companies Want to Make it Easier

Financial Times: The Loneliness of the Modern Office Team Member

Wall Street Journal: How to Navigate the Workplace